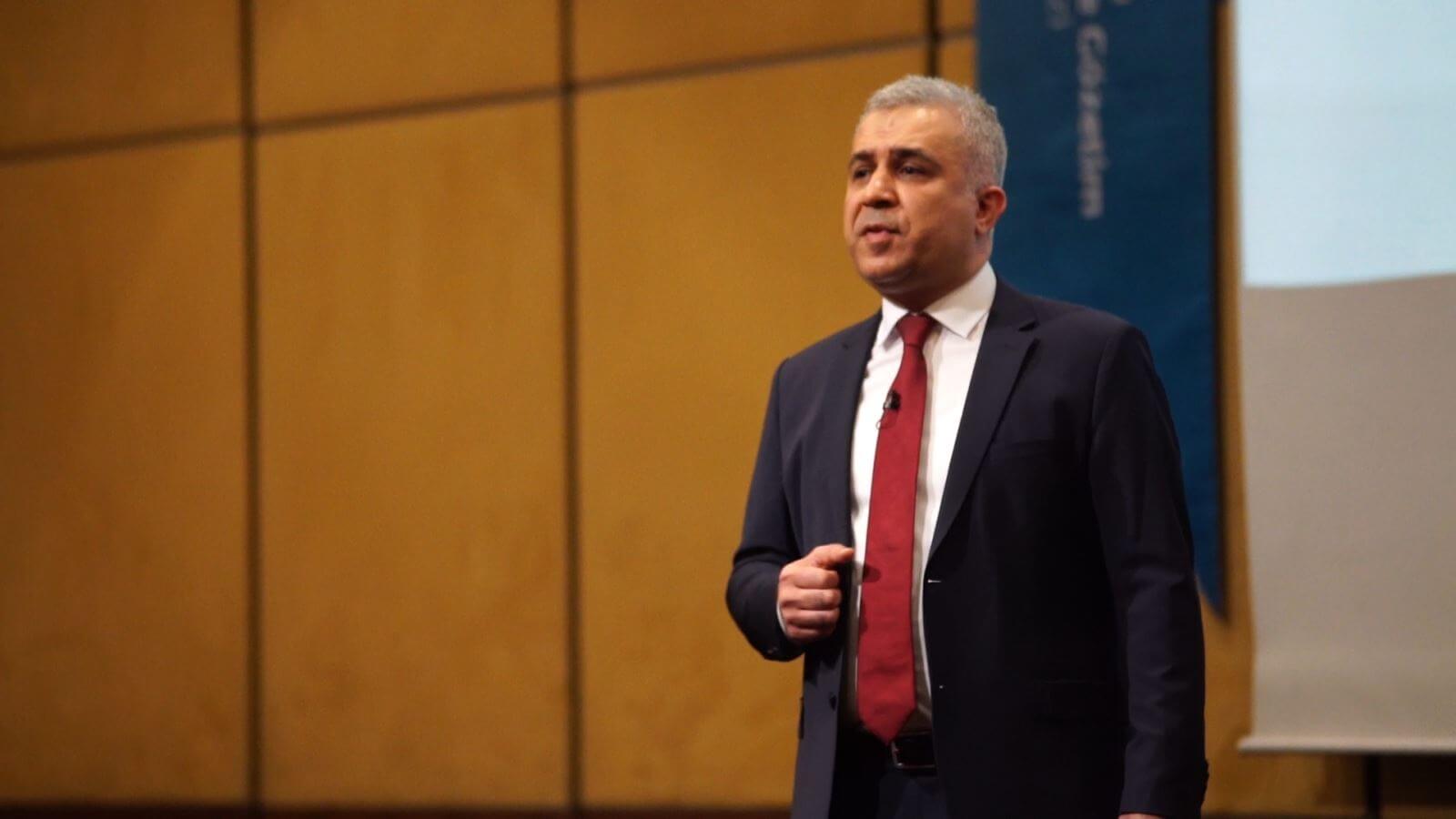 Insurance Information and Monitoring Center (SBM) came together with the important names who set the route of the Information Technologies of the Insurance Companies through the “SBM-IT Days” event that took place in Marriott Hotel Asia on the date 28.02.2018.

The meeting is realized with the participation of the information technology managers of the insurance companies; whereas the projects underway and planned are presented throughout the meeting.

The event started with the presentation of the experienced narrator Berrak Ataşen,

“Most of the people build up walls however a very less number prefers to construct bridges among each other. We are now here with the aim of constructing a bridge to connect us all.” Mr. Hakseven thus expressed the notion on the communication and continued his speech as summarizing that Insurance Information and Monitoring Center has the main mission of gathering the data from the Turkish Insurance Industry in line with the respective standards, keeping the same in a safe manner and finally presenting such information and statistics to the stakeholder insurance companies in a form of reliable and meaningful form as to ensure them perform a healthy pricing. Mr. Hakseven also stated that assisting and developing all technologies that will be utilized in processing and accordingly transforming the data to the usable information has been the vision of the Center.

Mr. Hakseven concluded as  “the data is only raw petroleum; if not refined, has a value however not usable” and stated that the Center has been steadily continuing its works to transform the insurance data collected by the Center to a more meaningful and reliable information.

Insurance Information and Monitoring Center (SBM) Directors Mr. Salih TAŞYON (SİSEB – Fraud Prevention Office), Mr. Ceyhun ULU (Insurance Solution Office) and Mr. Alp ERTUNGA (Technology and Infrastructure) performed their project presentations and expressed the increasing notions on the solution orientation, prevention of information misuse, fast access to reliable information and provision of more appropriate data. The directors concluded that they have been performing dedicated development efforts through their projects which aim to meet the aforementioned needs of the industry.

The participating companies have then expressed their ideas that this kind of sincere and effective meetings should continue whereas the projects presented in the event would rather be activated as soon as possible since they can contribute added values to the industry. The participants have also noted their satisfaction about the event.